The new gangs, like rebels and drug traffickers, force people from their homes and farms, taking an enormous human toll. Displacement is accelerating in the southwest state of Nariño.

Reporting from Tumaco, Colombia — The Colombian government insists that paramilitary gangs are extinct. Try telling that to Antonio Domingo, a poor Afro-Colombian who was rousted from his home in the dead of night in August and told to leave town or be killed.

Antonio, 30, who declined to give his last name for fear of reprisal, said armed and uniformed fighters who identified themselves as members of a paramilitary force called the Black Eagles gave residents minutes to leave San Jose, their Pacific coast hamlet.

«We had furniture, chickens, yucca and plantains, but lost it all,» said Antonio, interviewed at a camp for displaced people outside this port town in the southwestern state of Nariño. «They killed a friend of mine in front of us for no reason, maybe to make a point.»

Antonio, his wife and infant son are part of an alarming upsurge this year of displaced people in Colombia. According to CODHES, a human rights group based in Bogota, the capital, 270,675 additional internal refugees were documented in the first half of this year, 41% more than during the same period last year.

The wave of uprooted humanity is matched by a parallel surge in the number of fighters, according to a study released last week by the New Rainbow Coalition, a peace group also based in Bogota. More than 100 new gangs have been formed, including as many as 10,000 fighters, and have a presence in one out of five Colombian counties, mostly rural ones.

Paramilitary groups proliferated in the 1980s and 1990s as defensive forces financed by farmers and cattlemen to battle leftist guerrillas. Many of the fighters turned to crime, seizing land and trafficking in drugs, before laying down their arms in a government-brokered demobilization completed in 2006.

The reemerging armed gangs are wreaking havoc in Nariño state. They are vying with guerrillas and drug traffickers for control of a zone that boasts ideal coca growing conditions as well as a labyrinthine coastline offering hundreds of concealed, mangrove-studded inlets from which to ship drugs to U.S. markets.

The new paramilitary groups, like the rebels and traffickers, often force people such as Antonio from their homes and farms to take possession of land as war booty and to clear the area of potential enemy sympathizers. With an estimated 3 million people having been displaced, Colombia is second only to Sudan in the number of its internal refugees.

The struggle is creating an enormous human catastrophe, with displacement accelerating faster in Nariño than anywhere else in Colombia. The Office of the United Nations High Commissioner for Refugees, or UNHCR, has registered 27,000 new internal refugees in the state this year, double last year’s rate.

Cities such as Tumaco are struggling with the influx, said Marie-Helene Verney, a UNHCR official in Bogota.

«Massive displacements of people began last year, with people leaving the countryside for the cities to escape the combat, and it’s continuing now,» Verney said. «It’s the worst since 2002.»

One reason for the stepped-up combat, said New Rainbow analyst Claudia Lopez, is that emerging paramilitary groups such as the Black Eagles and New Generation are filling the power vacuum left by the demobilization of 31,000 right-wing militia members in 2006.

Dozens of paramilitary figures confessed to crimes and were jailed as part of the peace process. Fourteen top leaders were extradited to the United States in May to face drug trafficking charges, clearing the way for a power struggle.

«Since the chiefs went to jail, it’s generated a lot of commotion in the mafias,» Lopez said. «Every group needs its own army because disputes are more likely to be settled by combat now.»

Colombian President Alvaro Uribe and others in his government insist that since demobilization ended, paramilitary fighters no longer exist. Uribe describes new groups as «emerging gangs» or «criminal bands,» saying they don’t fit the mold of their predecessors.

But political science professor Gustavo Duncan at the University of the Andes in Bogota said the new groups were performing many of the same criminal functions as paramilitaries: extorting money from businesses, governments and even poor farmers, and providing protection for drug traffickers.

«The government denies that paramilitaries exist because it is the same as admitting that demobilization didn’t work,» Duncan said.

Duncan and Lopez said the surrender of paramilitary fighters was significant because it cleared regions of Colombia of large armies that had begun to challenge the armed forces for power. But «reinsertion» of the demobilized fighters into productive society has been spotty. According to some estimates, 15% to 20% of the new paramilitary groups may consist of former combatants who have returned to their criminal ways.

The largest group is thought to be the Black Eagles, which may account for half of the newly emerged fighters. U.N. officials say its forces have recently moved into Nariño state to compete with New Generation and another criminal gang, the Weeds.

Antonio said other armed groups, such as leftist rebels, also posed a threat where he lived. Guerrillas with the Revolutionary Armed Forces of Colombia, or FARC, were constantly trying to recruit teenagers into their ranks, he said.

A displaced woman named America, who gave only her first name, said she arrived in the Milenio settlement in May with her husband, six children and several other townspeople from the valley of the Patia River after being forced to flee by the FARC.

«The army had come before and pitched their tents next to our farm,» she said.

«But then they left and we had no protection. Soon afterward, there was fighting nearby and in came the rebels. They thought we were serving the soldiers and told us we had to leave.

«We had a 10-acre farm with five cows, cocoa and sapote trees, and we had never had any problems,» she said. «But we had to get on boats immediately and leave without anything. They killed a friend of my husband’s before we left. There is a lot of fighting now.» 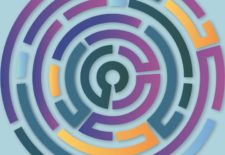 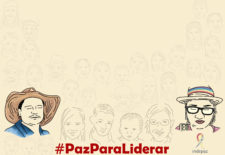 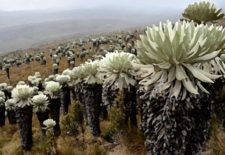